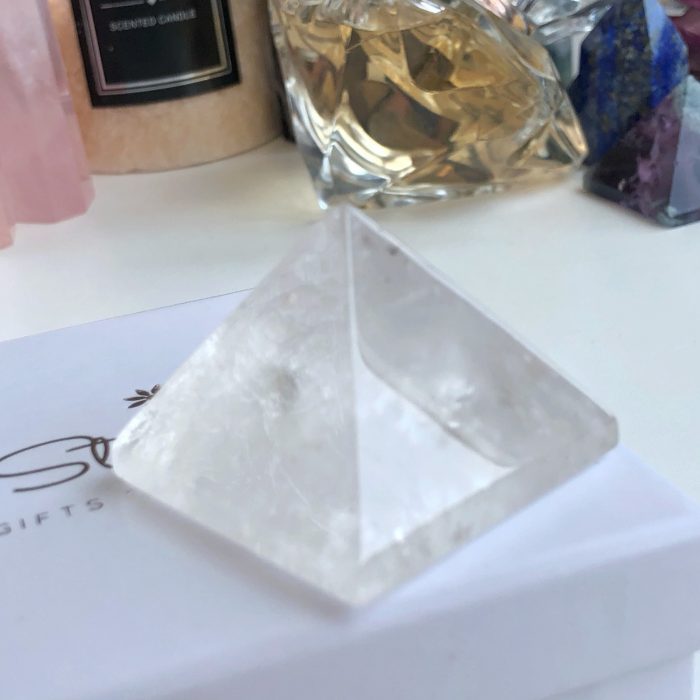 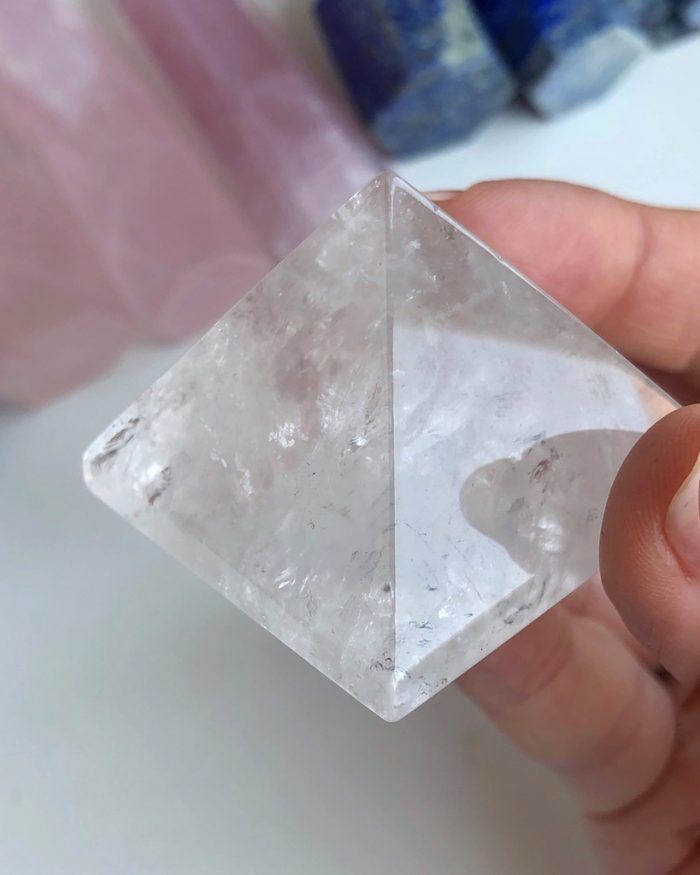 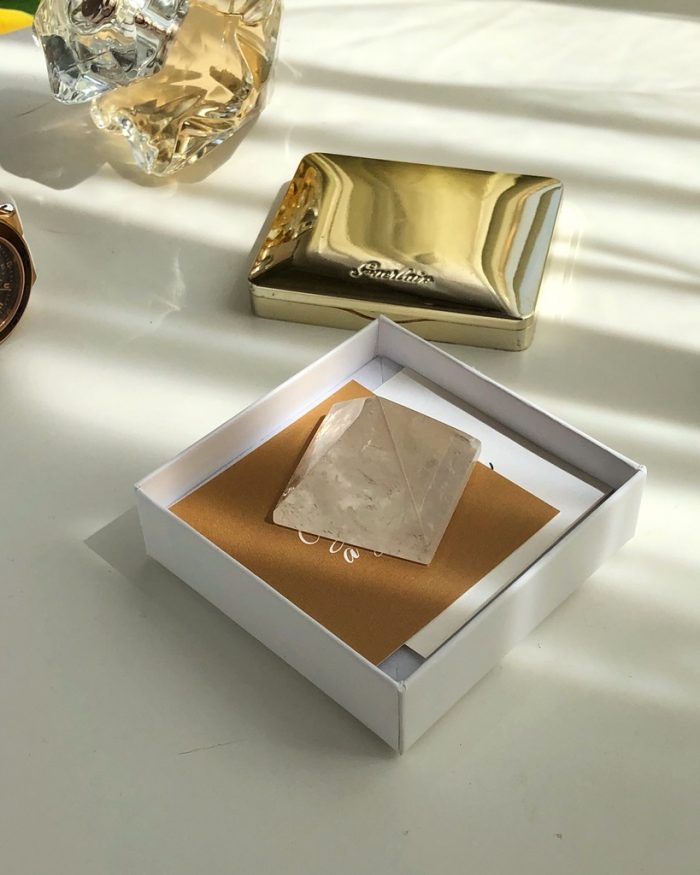 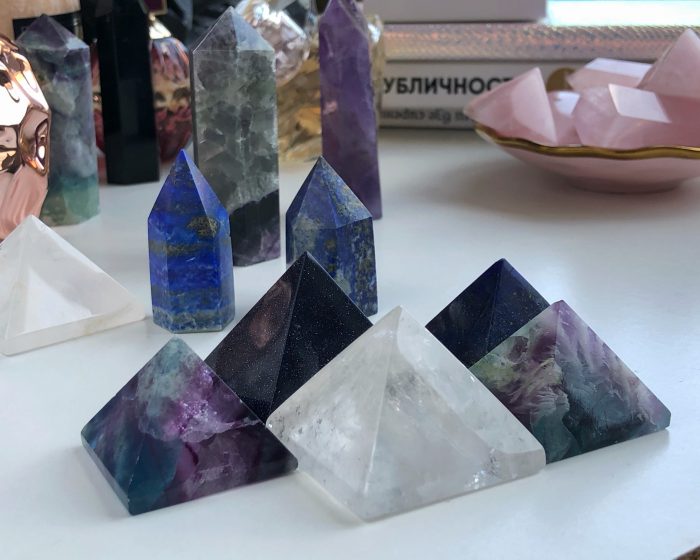 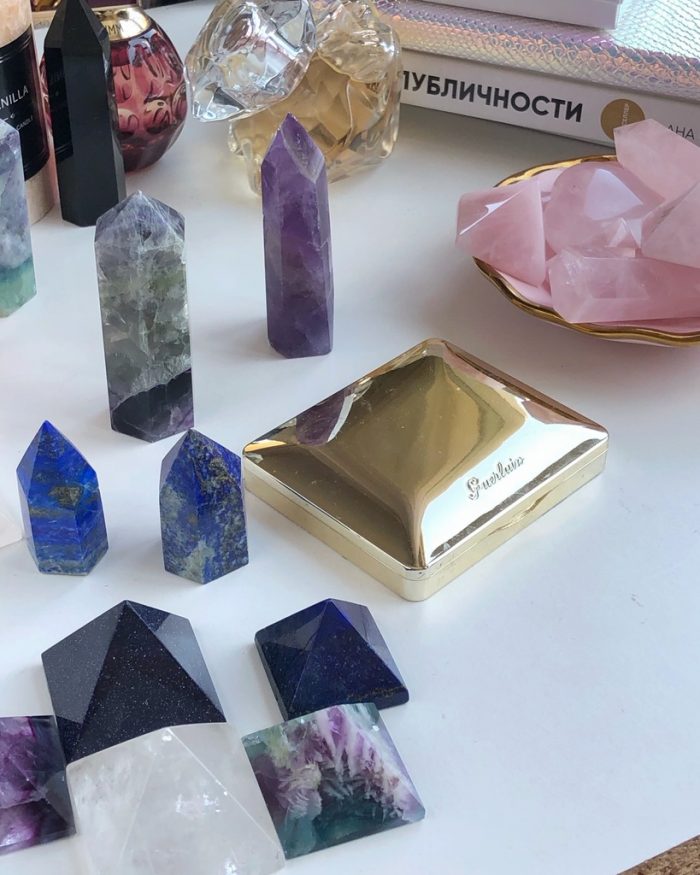 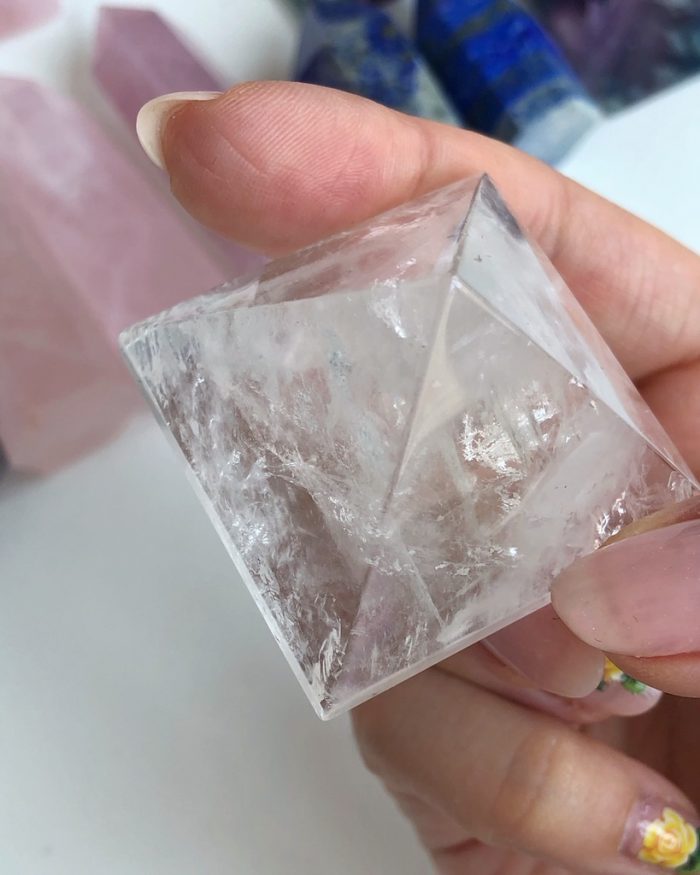 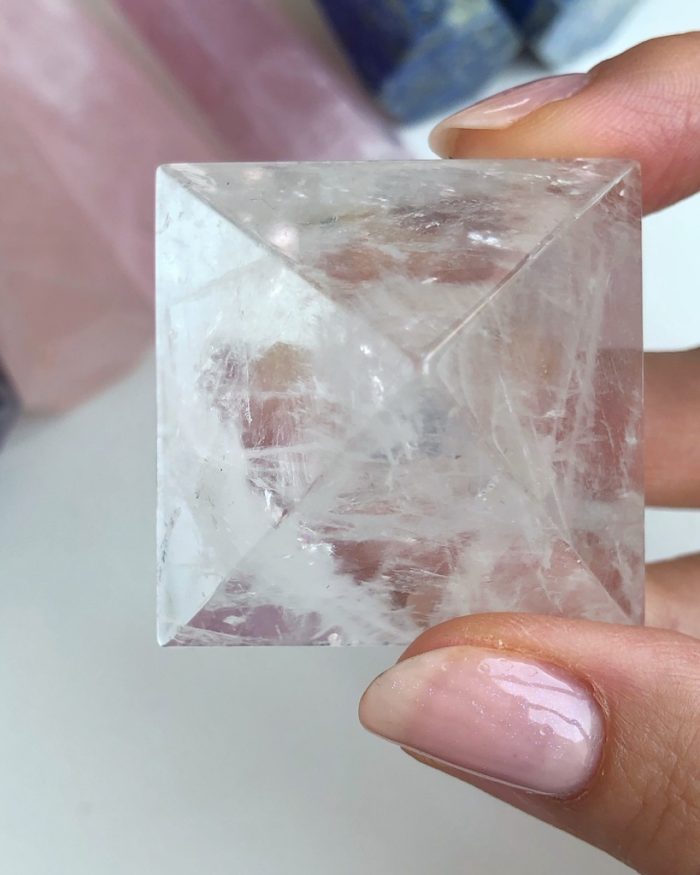 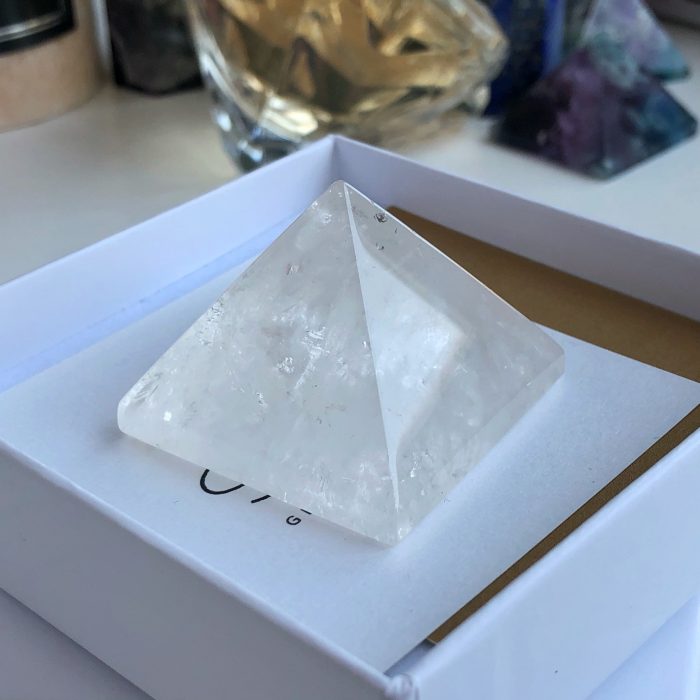 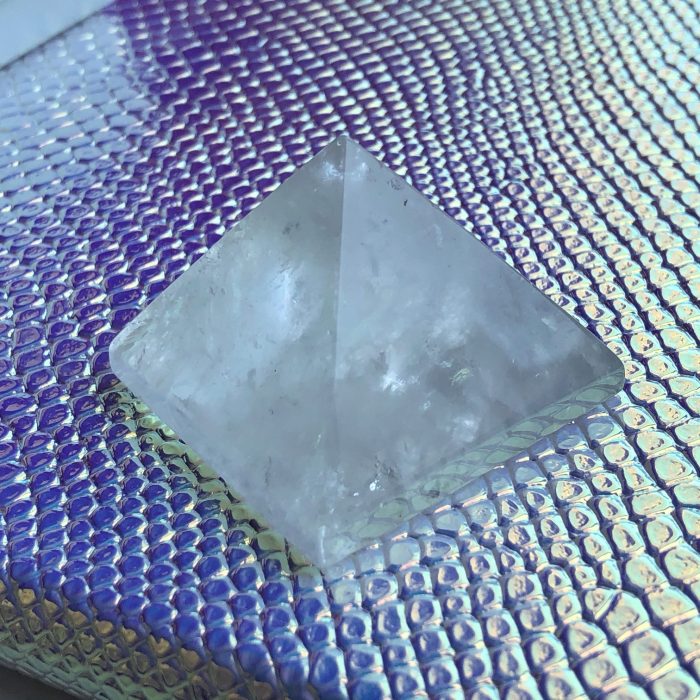 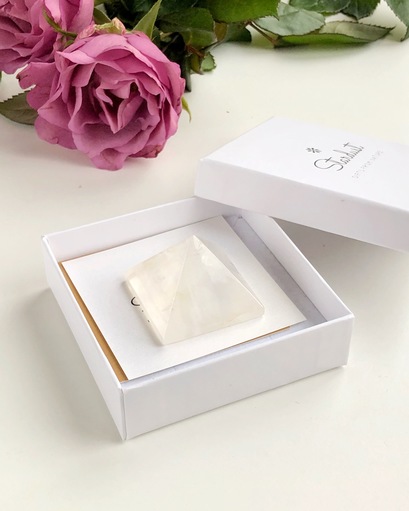 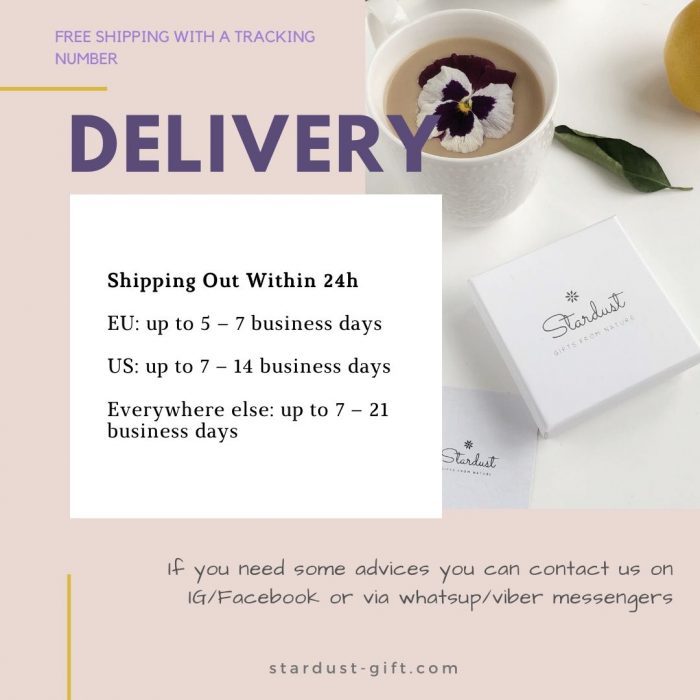 Clear Crystal Pyramid for home decor and well-being. Comes in beautiful gift box by Stardust and a postcard. Pyramid power is a very special phenomenon. Even in ancient Egypt, these geometrical shapes were considered as a very sacred concept, as they represented the descending rays of the sun. They believed that their pyramids were used for spiritual initiation, and symbolized man’s inner quest.

🧿 CLEAR QUARTZ is known to be thе most powerful and magical stone on Earth.🧿

Clear quartz is known to be thе most powerful and magical stone on Earth.

First, this is because it strengthens and amplifies and balances any energy directed for healing purposes. It corresponds with the Crown Chakra but can be used to heal all chakras.

Second, very curious fact, there is a theory that quartz crystals represent the crystalline consciousness of our planet, its “brain cells.” They are the connectors of the most ancient metaconsciousness and people are able not only to connect to this Superconscious, but also to use it.

The healing properties of clear quartz

Mineral has a positive effect on the state of the respiratory system. It is noticed that with colds it helps to improve well-being.

Among the useful properties it is worth highlighting such as:

-cleansing the lungs;
-enrichment of the body with oxygen;
-rejuvenation;
-increasing energy potential.

♥♥♥♥♥ All jewelry comes in premium packaging, gift ready, plus a stylish postcard ♥♥♥♥♥

All of our jewelry are designed and crafted by hand in our atelier in Bulgaria with careful attention to detail that allows us to create truly beautiful gifts for you.